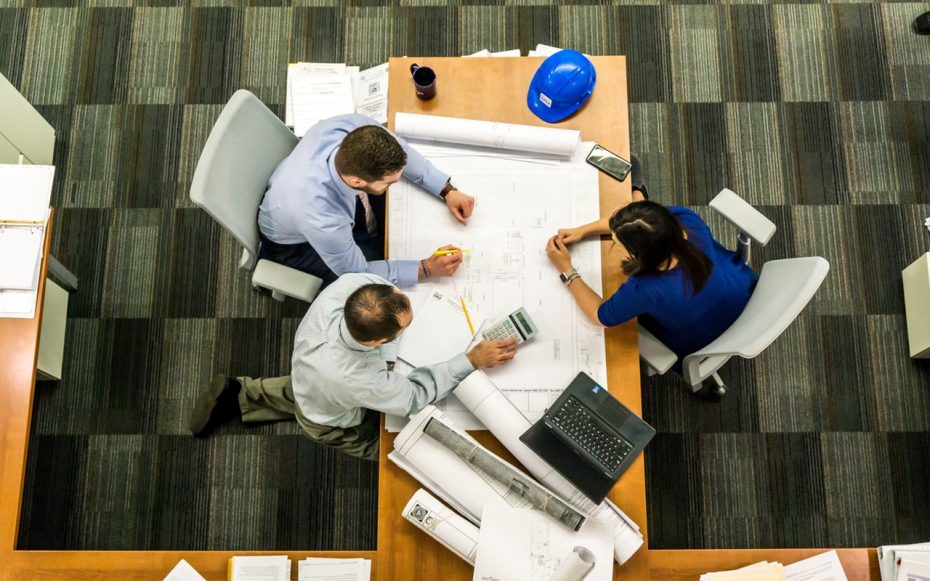 Hours spent in conference rooms each day used to be a staple of office life. And while that still may be the case at some companies, face-to-face meetings are generally on the decline. They’re being replaced with videoconferencing or phone conferencing, or simply not happening at all.

Long commutes and excessive air travel are often frowned upon for cost or energy consumption reasons. But even when colleagues are working in the same office, digital communication tools such as chat applications are keeping teams in touch constantly and eliminating the need to meet in person.

Despite all the advantages of quick, convenient digital communication, in-person meetings can still give you the upper-hand in many business scenarios. In fact, in many cases, face-to-face meetings may even lend an even bigger advantage than they used to.

Here are a few examples of when meeting in person can make a big difference.

In our post on structuring job roles to appeal to Millennial candidates, we mentioned that direct feedback is particularly important to Millenials, who are already the largest generation in the U.S. workforce. Compared to other generations, Millennials also especially want to feel like their leaders care about their career growth. And it’s pretty clear that you can’t mentor someone without the nuance and connection that comes with live interaction.

Interviewed for Forbes, Caesars Entertainment executive Michael Massari noted that the stereotype of Millennials preferring to interact through screens is a dangerous misconception. The generation is actually highly collaborative and focused on learning and growth.

“If we don’t engage Millennials through active participation in face-to-face meetings, and if we don’t help build their professional relationships, we will lose their talent and attention to organizations that do,” he says.

Other generations will also appreciate more in-person feedback on their work. Casual face-to-face check-ins go a long way to keeping employees on track — there’s no need to save the feedback for the formal sit-down review each year. 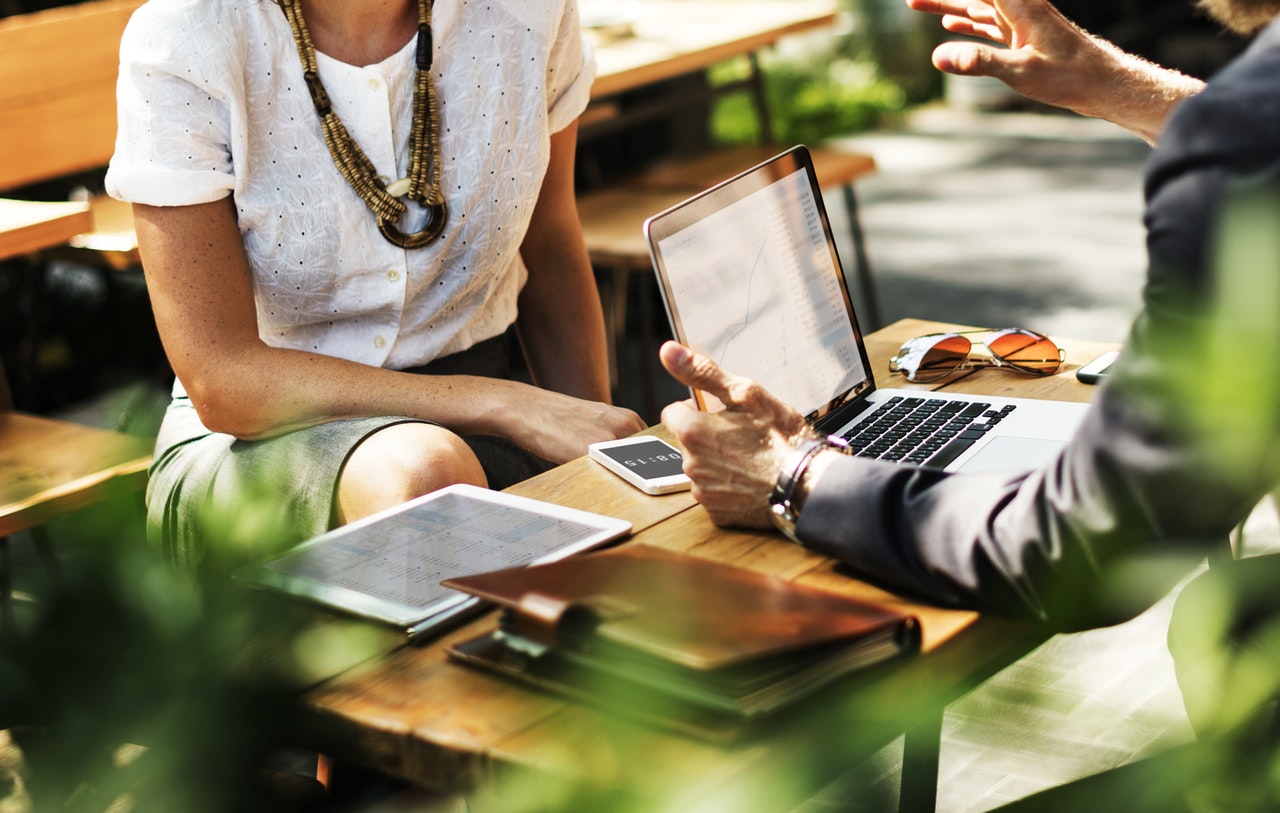 Videoconferencing can be a great tool, especially for one-on-one meetings and more formal conversations.

But as long as we’re dealing with even slight delays and trying to read all facial expressions in rows of tiny squares on a screen, video conferencing is not ideal for group discussions. That’s even more true for spirited group discussions like those that happen with group brainstorming.

When you’re brainstorming, the energy level in the room can spur innovation. In-person meetings can also lead to a more relaxed vibe ideal for thinking freely. Silence from pauses to think aren’t as awkward in person as on video. And when you meet live, it’s easier to pick up on who has something to add or who hasn’t spoken in a while.

Creativity and collaboration are important to any organization. Don’t stifle them over video. Let them thrive in lively in-person meetings.

In-person meetings aren’t just for colleagues. Meeting in person with customers is also a great way to get way more insights than you ever could with written communication.

For example, if you watch your customers’ reactions to your product in real time, you can pick up on all the nonverbal cues that will reveal what they really think but might not express verbally. Plus, connecting with customers in person means you’ll often make a personal impression on them, which starts their relationship with your company off right.

This Entrepreneur feature has a great example of how one entrepreneur did just that. Grace Hightower De Niro, founder of New York-based coffee company Coffee of Grace, rode with a company truck and handed out samples of her coffee in person. The conversations she had with all the people who tasted it gave her lots of valuable feedback, and it also proved to be a successful marketing campaign.

If you’re about to launch a new project with someone you haven’t met yet, it’s probably time to meet in person, at least briefly. Even just one in-person meeting can make a huge difference in a working relationship.

Getting together physically is a good way to establish trust. By looking them in the eye and getting to know them in person, you’ll get a better sense of the shared mission and will be more excited to work as a team. Without that personal connection, project productivity could suffer.

This is particularly important when your project will be working across multiple cultures, languages or time zones. The differences in communication that those differences will cause require extra effort to overcome.

Research has shown that requests are much more likely to be successful when they’re made in person.

One study summed up in the Harvard Business Review had the following insight: “People tend to overestimate the power of their persuasiveness via text-based communication, and underestimate the power of their persuasiveness via face-to-face communication.” In fact, their study found that people were a whopping 34 times more likely to be successful with a live request than a written one.

It makes sense. It’s easier to say “no” to a written message or even on a phone call than it is to a person standing in front of you. Plus, when the meeting is in person, the requester has a chance to convey their sincerity and trustworthiness with all the nonverbal communication tools in their arsenal. That’s why it’s always better to try to close a sale in person if you can.

Everyone appreciates when company leaders demonstrate that they’re taking an active role with those on the ground running operations. Face-to-face interactions are the best way for leaders to prove that they value workers’ insights.

Again, this can be particularly important when employees are spread out over several locations and don’t see company leaders much. Former executive Stephen Greer suggests scheduling meetings that rotate to a different location each month. Being on-site gives everyone a chance to meet the local workers and even sample the local culture while they’re in town.

Here’s what he has to say about the practice: “By breaking down the geographic and psychological borders between subsidiaries and involving all of our senior managers in a regular, rigorous business analysis of each operation, we created a team that felt a sense of ownership not just of their P&L, but of the entire company.”

Greer eventually eventually scaled the meetings back to quarterly once relationships were established, but says that the face-to-face meetings were something he would definitely do again at his next business.

Simply because so many companies favor quick digital messages to face-to-face meetings these days, the companies that are more committed to meeting in person will set themselves apart. Communicating in person is almost always more complicated than sending a text message. But the benefits are almost always worth it.

Texts and email are fine for the less important things. Make sure the rest is delivered in person. #receptionistapp Click To Tweet

Before you send your next email or chat, ask yourself how important the message is, to your organization, or even to you personally. Keep the texts and emails for the less important things, and make sure the rest has a chance at being delivered face to face.

Finally, if your company is one that recognizes the value of face-to-face meetings and invites visitors to your location regularly, we invite you to try The Receptionist. Our tablet-based visitor check-in software streamlines their check-in process and has features that notify hosts, collect legal signatures, and more. Click here to start a 14-day trial.